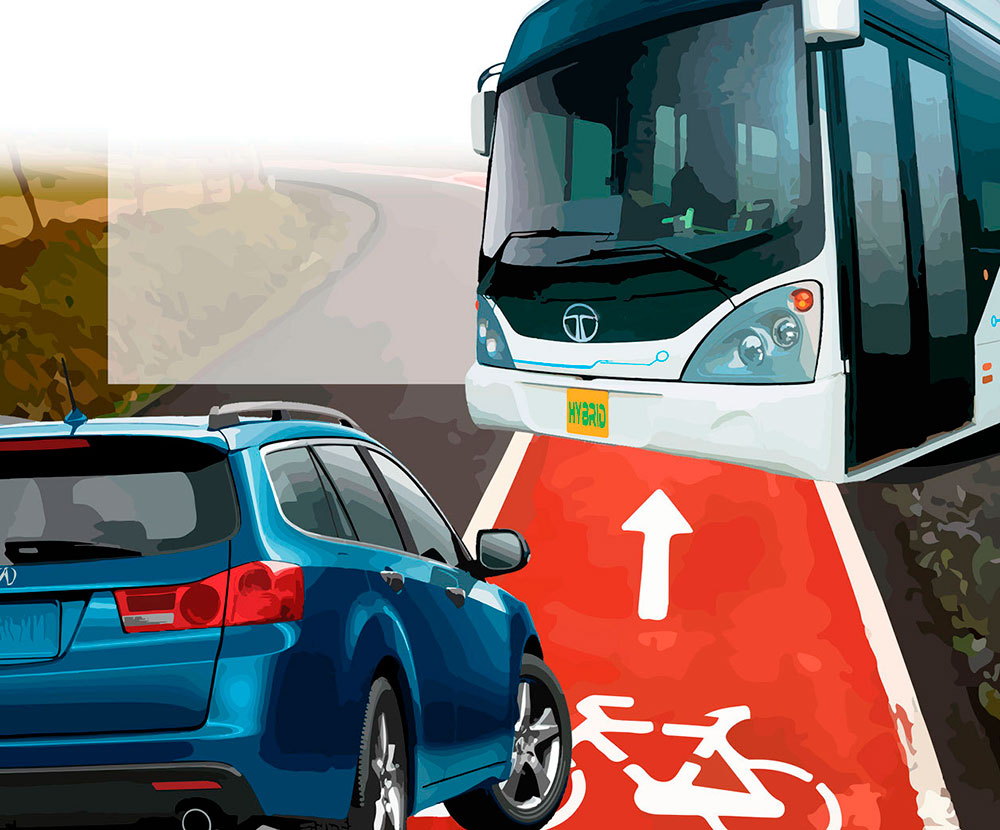 The Problem With Bicycles Is Solved With Mutual Respect

Some people in Barcelona do not respect cyclists.

The city of Barcelona* has several bike lanes. Despite this, many are damaged or have been located and painted in a way that invades the area of pedestrians, bus stops and doorways, being risky for walkers.

For the past months there has increased an awareness towards cyclists. The city has attempted to provide more bike lanes to encourage their use. However, most people do not use bicycles to get around the town. Most of them travel by car, public transport or on foot. This is why many cars and pedestrians do not respect the lane, as it is not used too much. Some act out of selfishness and block the lanes prepared for bikes without taking into account that it is not only dangerous for them, but also for cyclists.

Thus, all citizens must have regard for cyclists, in the same way that cyclists should have consideration for other pedestrians.